How can universities help prevent sexual harassment and hate crime on campus?

A recent Stonewall poll found that nearly one in four (23%) of people aged 18-24 reported being the target of hate due to their sexual orientation or gender identity in the last month. Furthermore, 72% of respondents in this age group reported witnessing such abuse towards other people in this period.

With the majority of university students falling in this age group, and with a rising proportion of 18-year-olds applying to university, these issues clearly impact the UK student population. A 2016 NUS report found that 60% of students have witnessed bullying related to sexual orientation. The NUS No Place For Hate survey revealed that 18% of students have experienced at least one racial hate incident, with many describing how they alter their behaviour in an attempt to avoid being targeted.

More than half (54%) of students report experiencing sexual harassment. In some cities, concerns raised by young women have led to unwanted sexual advances and verbal abuse against women now being recorded as a hate crime.

Universities must have a plan of action when it comes to understanding and addressing issues of harassment.

The Universities UK Changing the Culture report on violence against women, harassment and hate crime was published in 2016, alongside much-needed guidance on how universities can both discourage and deal with these incidents. Over a year on, while pockets of good practice are visible, standards vary widely between institutions. Universities are still criticised for a lack of urgency in addressing these problems, particularly the issue of staff-to-student sexual harassment.

The UUK report also identified the growing prevalence of hate crime and online harassment on university campuses. HEFCE have since awarded £1.8m to 45 universities and colleges to undertake work in this area, and UUK plan to work with the University of Bedfordshire to produce sector guidance on mitigating cyberbullying. While such developments are valuable, universities need to adopt a sector-wide, integrated approach to fully understand the nature and extent of these issues, and better work together to develop effective preventative solutions.

Over the last three years, a team of University of Salford academics and security experts K7 Compliance, have been developing ProtectED – the first national accreditation scheme aimed at ensuring the safety, security and wellbeing of university students.

The ProtectED Code of Practice was published earlier this year, setting a standard for universities to benchmark their processes and procedures against in the following areas: core institutional security; student wellbeing and mental health; international students; student harassment and sexual assault; and the student night out. This holistic approach recognises that universities can significantly contribute to the safety, security and wellbeing of students both on and off campus, online and 24/7. In reality, these student experience issues are often interrelated — if an international students feel unsafe, or a student is sexually harassed, this can also affect their mental wellbeing.

Applications for ProtectED accreditation are assessed via a process of peer review and a 'verification visit' to the institution by approved ProtectED Assessors. Universities must meet the criteria describing the minimum achievement level for all indicators in the ProtectED code of practice, which are illustrated by case studies and good practice guidance. Indicators include having a formal policy on harassment, sexual assault and cyberbullying that describes a university-wide approach to understanding and tackling these issues. Policies should ideally address the following areas:

One way of challenging harassment or hate is through events that celebrate diversity, encourage integration and signpost support. The University of Strathclyde’s annual Diversity Week is a good example of this, enabling students and staff to learn about different cultures and perspectives.

Universities can train students and staff to recognise and effectively deal with hate and harassment, in person and online. The NUS Cyberbullying Briefing outlines the various forms of online harassment, how universities can respond, and offers support resources. Dudley College Union students have participated in thinkuknow workshops to make them more aware of risks associated with their online activities.

Universities can enhance the quality and reach of their student support by collaborating with external experts and organisations. This is particularly effective when seeking to deal with locations and times where problems are concentrated — so-called hotspot situations. ProtectED asks that campus-based venues sign a zero-tolerance pledge to tackle harassment in all forms, and encourages universities to engage local venues in this. For example, the Good Night Out campaign has trained venue staff at over 20 universities in how to effectively handle incidents of harassment.

Universities should also undertake an annual campus safety audit, with student input. This helps identify the problems students face and the areas where they feel particularly unsafe.

To encourage those affected by harassment, sexual assault or cyberbullying to come forward, universities need to offer accessible reporting options. Callisto is an anonymous online system that allows victims to record an incident and disclose when they are ready. Students can create a secure, time-stamped record of their report, and will receive an alert if another student names the same perpetrator. In another example, the University of Manchester has teamed up with Greater Manchester Police to become a Hate Crime Reporting Centre where students can seek advice in confidence.

Institutions should use a centralised recording system to can keep track of the nature and prevalence of these incidents. Conducting regular victimisation surveys can also throw light on the level of unreported incidents. ProtectED requires member universities to collect such data. Worryingly, in research undertaken during development, ProtectED found that some universities were deliberately not collecting victimisation data to avoid potential 'bad news' — effectively prioritising reputational protection over student protection.

University policies need to describe reasonable and proportionate action that will be taken against staff and student perpetrators. There should be trained ‘go-to’ members of staff to advise on reporting, preserving evidence and the support measures that are in place — such as offering a dedicated counsellor or support officer. This information needs to be well communicated and promoted, as NUS findings show that 78% of students do not know who to speak to if they experience bullying.

ProtectED asks member universities to create a Safety and Wellbeing Partnership comprising relevant internal support staff (e.g. head of security; head of student services; etc.) as well as representatives from relevant external organisations and agencies (e.g. the police, NHS, local authority and charities). If the group meet regularly, and have information-sharing agreements in place, they can collectively direct their combined knowledge and resources to support student safety and wellbeing. The scheme also encourages the sharing of good practice. For example, member universities may be geographically distant but unknowingly seeking solutions to similar problems — and so can learn from each other.

Universities: Time to step up

Almost fifty universities have expressed an interest in ProtectED since the Code of Practice was launched in February 2017. In November, Baroness Ruth Henig was appointed Patron of ProtectED, and we are now seeking 12 institutions to become ProtectED Founder Members. Universities have been invited to attend a reception at the House of Lords on March 19 to find out more about the scheme. Please get in touch if you would like more information.

Universities becoming a ProtectED Founder Member will demonstrably be at the forefront of efforts to address significant problems impacting students' safety, security and wellbeing. With appropriate commitment from institutions, ProtectED has the potential to significantly improve the student experience across the university sector.

All Bets Are Off – Gambling Addiction Recovery Podcast

Starting university without support from your parents

The Guardian: One in four students unable to access online learning during lockdown – survey 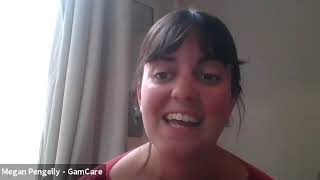 Looking Ahead – A University students’ thoughts on returning to study in September. 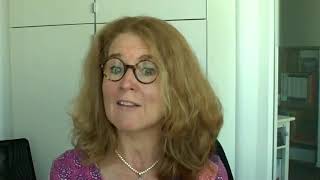